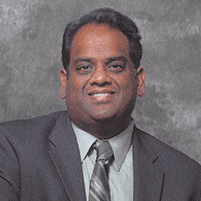 Many women develop benign growths in their uterus during their childbearing years. If symptoms from uterine fibroids are interfering with your quality of life, contact board-certified urogynecologist Dr. Manish Gopal at Center for Urogynecology and Reconstructive Pelvic Surgery, with locations in Somerset and Freehold, New Jersey. He offers management and treatment of fibroids. Call to make an appointment or use the online booking agent.

What are uterine fibroids?

Uterine fibroids are also known as leiomyomas or myomas. They can be so small, you can’t detect them with the human eye, or so large that they distort the size of your uterus. You may develop one fibroid or many.The fibroids seem to develop from stem cells that exist in the muscular tissue of your uterus. A single cell starts to divide, and repeatedly does so until it forms a mass.

Who is at risk of developing uterine fibroids?

Uterine fibroids are growths, but are benign—meaning they aren’t cancerous. The fibroids can lead to some complications, including infertility and pregnancy loss. They can also make you feel heavy, uncomfortable, and prolong your periods.

What are the symptoms of uterine fibroids?

Uterine fibroids don’t always cause symptoms, which are influenced by the size, number, and location of any growths. Common symptoms, when they do occur, include:Heavy periods and ones with long durationsPelvic pressure and painFrequent urinationBackaches and leg painConstipation and difficulty emptying your bladder completely

How are uterine fibroids treated?

If you have a fibroid detected on an ultrasound, but isn’t causing symptoms or pain, it may be left alone. In some cases, Dr. Gopal may need to surgically remove fibroids that are causing complications or pain. He performs surgery using the da Vinci® surgical system, which gives him greater precision and control during the procedure. The da Vinci system results in less pain for you, the patient, shorter hospital stays, faster recovery, less scarring, and less blood loss.

Fibroids sometimes can be removed individually in a myomectomy, or if they’ve extensively infiltrated your uterus, you might need a full hysterectomy. Endometrial ablation, which uses heat to destroy the lining of your uterus, is another possible treatment. Dr. Gopal determines the best procedure given your particular case.